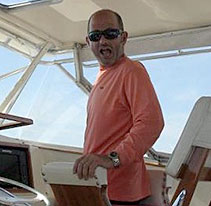 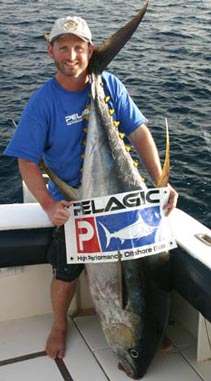 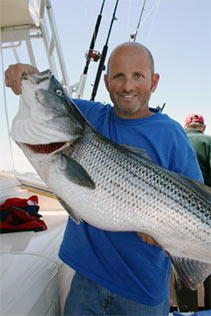 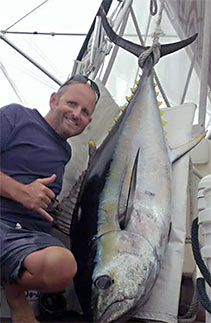 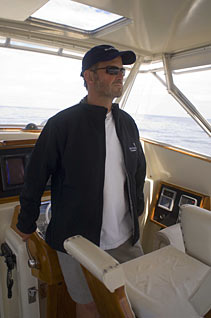 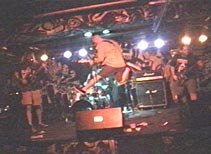 Captain Damon Sacco is the founder of Castafari Inc which was established in 1998. After earning a bachelor degree at Hobart College in 1991, Damon ventured into the entertainment industry pursuing a passion in music, touring and recording two albums with the reggae/ska outfit, Iration. Damon went on to co-own and run a Best Of Boston named bowling alley/restaurant, Sacco's, located in Davis Square, Somerville Massachusetts which he sold in 2015.

Castafari has brought several sportfishing tournaments to New England, The Hyannis Tuna Fest, The Oak Bluffs Bluewater Classic, and Battle Of The Bay. All events have generated over $100,000 to help pediatric cancer and autism victims and their families. In 2015, Castafari launched it's Big Game Fishing Seminar Series, which is held during the winter and spring months in the Greater Boston area. This event welcomes over 400 guests and over 50 participating vendors. In 2021, Damon will be adding a virtual seminar to the Castafari line-up.

Captain Damon is an active sportfishing writing and photography enthusiast, and has had several of his fishing related photos and stories published in just about all of the major fishing publications such as Marlin Magazine, The Big Game Journal, Saltwater Sportsman, and On The Water Magazine.

Damon is a supporter of the Recreational Fishing Alliance, Coastal Conservation Association, International Gamefish Association, and Billfish Foundation which all act to preserve North Atlantic fish stocks and, more importantly, the future of our recreational angling industry. Damon is a U.S. Coast Guard licensed captain, and has logged over five thousand offshore hours at sea in waters from Maine to Florida, and worldwide. Damon has fished at many global destinations, including Panama, Bora Bora, The Galapagos, Costa Rica, Nicaragua, The British Virgin Islands, Cabo San Lucas, Belize, The Bahamas, Mexico and right here in America.